“Lift” is such a sensible way to say “elevator,” if only because it has three fewer syllables, but I have never encountered it in the U.S., maybe because it is such a quintessential Britishism.

Never encountered it until now, that is. Here’s what I saw on the lower level of the Chelsea Market in New York City: 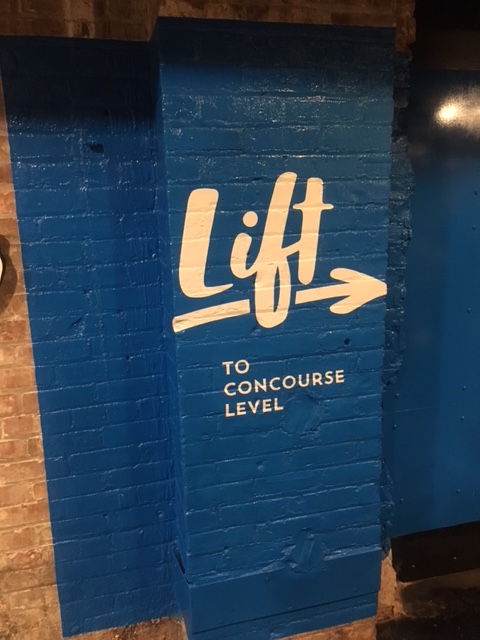 Was “lift” used here merely because “elevator” wouldn’t fit? Or is this the harbinger of a “lift” incursion on U.S. shores? Only time will tell.