On Twitter, NOOB friend Jan Freeman reported some British colleagues describing a balky pin as “fiddly,” and remarked, “There’s a word we could use in AmE.”

It turns out we already have it, more or less.

First, the Oxford English Dictionary’s definition: “Requiring time or dexterity; pernickety.” The first citation is from Blackwood’s Magazine in 1926 but the second isn’t until 1960, from The Times– “‘Fiddly things’ should be done by automatic machines.” On my own, I found a 1958 quotation from the same newspaper, referring to the practice of picking snowdrops (the flower), and also, interestingly, modifying “things”: “They were fiddly things and it was cold work.” In any case, that’s about when the word started its ascent–in the U.K., not the U.S., as seen in this Google Ngram Viewer chart:

The word’s first appearance in the New York Times (other than from British writers or quotes from British people) came in 1984, in a article about cooking grand dishes: “It must be a dish that is prepared infrequently and that requires long, slow, thoughful, but no necessarily fussy or fiddly preparation.” (Pairing fiddly with “fussy” suggests readers may have needed a contextual definition.)

It doesn’t show up again till 1996, but since then has been used 56 times, most recently today, in another food article, about making ravioli at home: “The process is fiddly, but the result is worth the effort.”

The word turns out to be popular not only in food but also in computers and gaming. The question, “What the hell does ‘fiddly’ mean?” on a website about board-game war games generated 92 responses. One succinct definition: “My understanding of the word is ‘full of tiny components’, or ‘requires a lot of small actions (like upkeep) that get annoying after a while’. Basically, things that get in the way of the actual enjoyment of the game.”

Just the other day, my daughter Elizabeth Yagoda used “fiddly” unselfconsciously. Bottom line, it’s out there as a NOOB.

But that’s not the case with the phrase that’s replaced “fiddly things” of the earlier quotations. Indeed, I might nominate it as the quintessential British expression. One of the first uses in the Google Books database is a 1952 quote from a building journal: “Notre Dame Catheral may have more gargoyles and fiddly bits, the Empire State Building may be higher, but none of them compare with the utilitarian might of a machine house roof.”

“Fiddly bits” is inescapable in the Commonwealth. It has been used 32 times in The Times since 2002, including this line from a letter to the editor: “While I am perfectly happy to iron my own shirts, etc, women’s clothes, with all those fiddly bits and pieces all over the place, defeat me.” It is also the name of an Australian spray paint 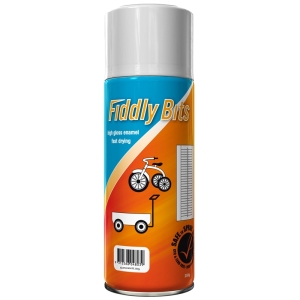 An American can say “fiddly” with absolute impunity, but “fiddly bits” is very much–and probably will remain–in the outlier stage.