A while back, I discussed Donald Trump tweeting that his political enemy Bob Corker “was made to sound a fool”–the Britishism being the omission of the word  “like” after “sound.”

Soon afterwards, my friend and neighbor Nanette Tobin alerted me to this sign in our town grocery store: 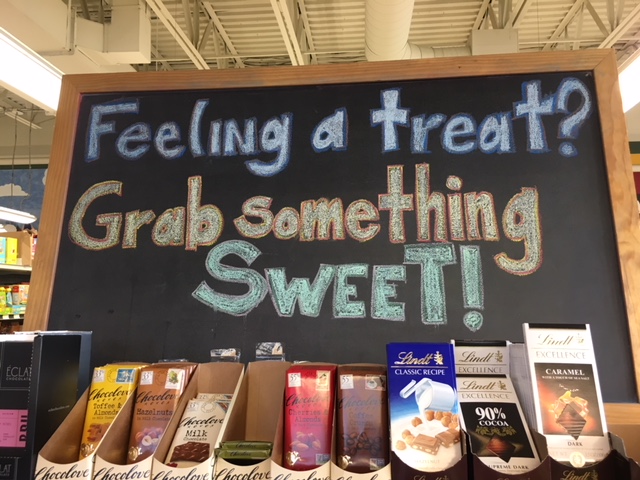 Nanette wondered if the first line were a similarly British elision–the meaning being “Feeling like having a treat?” (Obviously, the more common way of expressing this on the other side of the Atlantic would be “Fancy a treat?”) I tend to think that it sounded British to the signmakers, but it actually isn’t. What do you lot have to say?