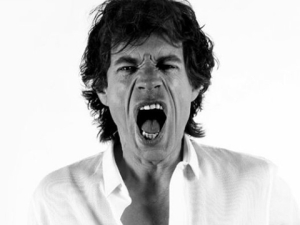 A couple of weeks ago, the New Yorker magazine ran an online competition asking readers “to propose a single English word that should be eliminated from the language.” The winner, somewhat puzzlingly, was slacks. This is a rather old-fashioned term for what Americans call “pants” and Brits call “trousers,” which is my subject today.

The term dates from the seventeenth century and virtually all the OED’s citations for it and the many phrases and compounds formed from it (wears the trousers in the family, anything in trousers, not in these trousers) come from Britain, with one of the few exceptions being this 2005 quote from The New York Post: “Lee was game and let his trouser snake loose.”

The word initially forced its way into my consciousness via a moment on the Rolling Stones 1970 live album, “Get Yer Ya-Ya’s Out,” in which Mick Jagger addresses the audience: “Ah think I’ve busted a button [heavy glottal stop on the “buh-un”] on my trousers. I hope they don’t fall down….You don’t want my trousers to fall down, now do ya?”

Pants, dating from the early 1800, is the preferred American term. In the U.K., of course, that word means something completely different.

Trousers has, or have, been making inroads over here for some time, but seemed to have reached a crescendo of late, referring to articles worn by both men and women. In Anne Tyler’s new novel, The Beginner’s Goodbye, a man reflects about his wife: “Her clothes made her figure seem squat — wide, straight trousers and man-tailored shirts, chunky crepe-soled shoes of a type that waitresses favored in diners.”

Writing in the New York Times on May 1 about a new Ferragamo store, Alexandra Jacobs observes, “A fellow wearing cerulean trousers and slicked-back hair sampled driving moccasins while his bored-looking female companion sat on a couch, an amusing inversion of the customary situation.”

To be sure, the Times is fond of trousers. The chart below shows its frequency in the paper in twelve-month periods (May through April), 2006 to the present.