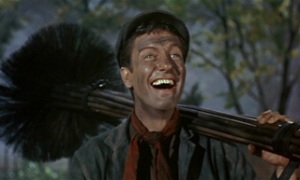 Something that originally got me interested in NOOBs was its contrarianness: the way it balanced the conventional notion of Americanisms flooding into British English. Indeed, complaints about creeping Americanisms have been aired in Britain for at least two hundred years. The events of the last week have shown that resentment has not diminished in the slightest.

It started with an article in the BBC’s online magazine by journalist Matthew Engel, which opened this way:

I have had a lengthy career in journalism. I hope that’s because editors have found me reliable. I have worked with many talented colleagues. Sometimes I get invited to parties and meet influential people. Overall, I’ve had a tremendous time.

All of these words we use without a second thought were never part of the English language until the establishment of the United States.

This was right in the wheelhouse of University of Pennsylvania linguist Mark Liberman, who summarily demonstrated in a post for Language Log–the invaluable blog he curates–that four of the five words were not Americanisms at all. (The exception is lengthy.) Liberman:

The Oxford English Dictionary cites reliable as in regular British use for more than two centuries before the establishment of the United States. The first citation for talented, in the relevant sense, is from Edward Bulwer-Lytton, a quintessentially and even parodically British writer. The relevant sense of influential was first used by Roger North, who spent all of his 83 years in England, and died more than 40 years before the American revolution. The OED’s first citation for tremendous in the “extraordinarily great” sense is from the English poet Robert Southey.

It gets better. The BBC invited readers to send in their choice for the most objectionable “Americanism,” and in just one day got 1295 responses: so many, and so filled with fury, that the Beeb stopped taking new ones. They then created an article from “50 of your most noted examples,” and even now, two and a half days after the post, it is the most e-mailed story on the BBC site. The top 50 make for diverting reading. One reader nominated eaterie (which I always thought was spelled eatery) and commented, only, “Oh my gaad!” Another noted, “The one that always gets me is the American need to use the word bi-weekly when fortnightly would suffice just fine.” I guess. Ross from London shared, “I hear more and more people pronouncing the letter Z as “zee”. Not happy about it!” Predictably, my favorite comment was: “What kind of word is “gotten”? It makes me shudder.”

This time, it was The Economist’s pseudonymous “Johnson” blogger that had the rejoinder, pointing out that many of these so-called Americanisms, too, were as British as steak and kidney pie: including oftentimes, wait on (to mean “wait for”) and physicality. Johnson wisely noted that a remarkable number of the entries “share one or more of these features”:

1) selective hyper-literalism: refusal to understand idioms as such

2) amnesia, or else the ” recency illusion“: A belief that something quite old is new

3) simple anti-Americanism: the belief that if something is ugly, it must have come from the States

To which I would add the idea that if you don’t like something, it is vile, evil, and/or a mistake.